Learn whether WordPress can handle heavy traffic and if so, who provides the best hosting plan for 50,000 visitors per day on WordPress. 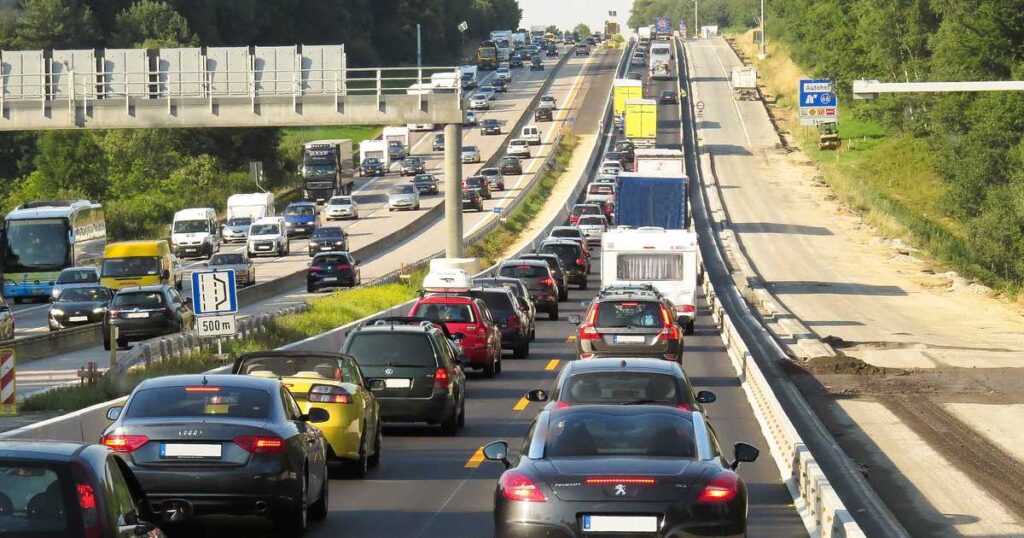 WordPress Can, But It Can Depend On The Service Provider Too

The simple answer to this question is yes, WordPress can handle heavy traffic. Over the years WordPress has become more and more optimized for performance, but still has some way to go. As recently as October this year (2021) there has been a call for a Performance Team to be established within the WordPress Core to improve this further.

A lot of WordPress performance issues though come from the plugins and themes you use. With the great flexibility that WordPress offers in terms of look and feel, as well as additional functionality, there is great responsibility for the plugin and theme developers to make it performant. Some don’t. With the standard theme and no plugins WordPress can handle heavy traffic on even basic hardware. Of course, that depends on your definition of heavy traffic.

The biggest restriction for WordPress handling heavy traffic comes down to the WordPress hosting provider that’s in use. Too many claim to be fast when hosting WordPress but they’re just not. One that makes a very bold claim about their service is Rocket.net – I’ll examine that claim a bit later in the post. But all the optimizations you do, all the fastest themes in the world come to absolutely nothing if the hosting platform you choose isn’t up to snuff. This includes the network itself, the location, how close to the end user the site is etc etc. WordPress itself will handle heavy traffic but will your hosting provider?

Can WordPress Handle Millions Of Users?

This question seems to be asked a lot. To answer it I’m going to assume the question isn’t fully quantified and actually should be written as ‘can WordPress handle millions of users per month‘. Again, the answer is yes, it can, on the right service provider. The right service provider is more important than any of the other things that you might read about because all the caching plugins in the world won’t save you from a host that’s oversold their resources or hasn’t got enough servers to be able to put your content as close to the users as possible – whatever country they’re in.

To test this hypothesis I have run a quick ‘Siege’ test against my own server. I don’t recommend doing this against other people’s servers – they might get pretty upset at you. Nevertheless, my test involved simulating 25 users interacting with one of my websites – hosted on my own ProxMox server on the same network as I am on. The server itself is a Linux Container with 1 vCPU, 2Gigabytes of RAM, running NGINX and PHP-FPM with a WordPress backend. The hard drive this is running on is an NVME drive, so it’s not a slouch. The underlying CPU is an old, 4th generation Intel Core i7 4790 processor.

There is no caching on this server as it’s purely for my own use normally (the site itself is actually generated by Gatsby using WordPress as the backend. I do this for a mixture of reasons I won’t go into here). Nevertheless, I have made precisely zero performance optimizations to this WordPress installation.

The client I am using an 8 core AMD Ryzen 4700U laptop which is significantly faster and more powerful than the server machine. The client machine will not be the bottle neck for these tests.

For this test I pointed Siege at the home page. It has a few widgets, navigation menus and images as well as some text. It’s a standard home page. I ran 25 clients for 100 reloads each of the site. That’s 2500 requests. I’ve include a little screenshot of the server statistics screen for that virtual server from ProxMox for giggles.

It’s worth noting that even with 25 clients and a maxxed out vCPU, when I went to the site using my browser I barely noticed any difference. It still responded to me adequately – there was minimal slowdown. So for this test, the CPU was the limiting factor. When disk becomes the limiting factor everything slows down – this is because disk transactions are orders of magnitude slower and so a large backlog can build up quickly.

Anyway – the data. From this quick test we can see that our 25 clients requesting 100 pages each, with no WordPress caching or client caching enabled, took 289.88 seconds to complete. That’s 2500 full page requests in just under 5 minutes. That’s 500 requests sent per minute or 8 requests per second.

If we extrapolate this data to a day this means, since there’s 86400 seconds per day, that this little test shows that WordPress can handle over 690000 per day… That’s over 20 million per month – on this little 1 vCPU server.

For a chuckle, and because I can, I upped the number of vCPUs on the test WordPress server to 4. This time, the CPU peaked at around 70% – meaning something else became the limiting factor. More than likely it was disk I/O this time, since that went up considerably.

I ran the same test, which concluded in 120.58 – or as close to 2 minutes as you can get. 1250 requests per minute. Over 20 requests per second. That amounts to 1.7 MILLION requests per day. On a home computer.

These tests aren’t particularly scientific and they’re done on my local network (deliberately to ensure network isn’t a bottleneck). I’m sure there’s likely to be something wrong with my methodology so I’d be interested to hear from you in comments if you can spot any flaws in what I’ve done.

But my conclusion is that WordPress can handle millions of users per DAY. With no optimization. Heck, even my MySQL database backend has had no optimization. Imagine what can be achieved when you’re hosting on a competent provider who knows how to set this stuff up properly.

Which is the best hosting plan for 50000 visitors per day on WordPress website?

So, we’ve shown that a home computer running ProxMox VE can be setup to literally handle millions of visitors per day – assuming they’re all relatively evenly spread out throughout the day. Why then do we hear so much on forums about how people’s WordPress hosting is so slow?

This is because most providers oversell their resources. We saw in the tests I ran above that allocating less resources to your server will reduce the amount of requests WordPress can handle every second, resulting in some people waiting for your site to load.

I put this question to AQ at Rocket.Net to see if their hosting plans could handle 50,000 visitors per day for individual websites. His response was;

Rocket.net is now delivering over 2 billion requests a month and its growing fast, our network and stack is based on the latest and best available tech and can handle whatever is thrown at it.

AQ then went on to give me some examples of websites they host that get over 1 million requests per DAY. I decided to check out one of the ones he sent me. I actually e-mailed AQ back to check the site was running on WordPress because it loads almost instantly. I was tongue in cheek. A quick glance at the source shows it is.

So, I ran it through GTMetrix. It scores a solid B. And a Time To First Byte of just 65ms which is insane.

Being the doubting Thomas that I am, I thought well that’s all well and good but is it really as popular as AQ said it is? I asked Alexa. Downshiftology currently, at time of writing, ranks #32,759 in the world. That is, out of approx. 1.2 billion websites, that one is in the top 35,000.

I checked what sort of traffic that might mean using SERanking.com – and noting that these tools often underestimate the amount of traffic a site receives – SERanking suggests over 6 million visitors per month from organic traffic sources in the US alone. Canada and the UK add nearly another million. Their guess is probably underestimating (based on my own sites) by a factor of at least 2, probably 3. And it only counts organic search. They don’t count repeat visitors, visitors who go back from social media shares, e-mail campaigns etc. It’s entirely feasible this site is getting around a million visits per day or more.

I’ve done a review of Rocket.net in the past, and my own tests showed they were fast. Since that review was written rocket.net have grown considerably and their service appears to now be even faster than it was.

WordPress is perfectly capable of handling heavy traffic even on moderate hardware. We’ve shown that in our own tests WordPress can handle millions of users per month and even per day with the right service provider.

The short answer to the question of “Which is the best hosting plan for 50000 visitors per day on WordPress website” is simply Rocket.Net. They’re not the cheapest by any stretch of the imagination, but this post should show you why cheapest does not mean best.

Sign Up With Rocket.Net Today And Get Your First Month For $1
You Can See It For Yourself Then