Learn why the Xiaomi Redmi Note 10 Pro is not as good as the reviews might make you believe. Also learn what you can do to improve it if you’ve already bought one 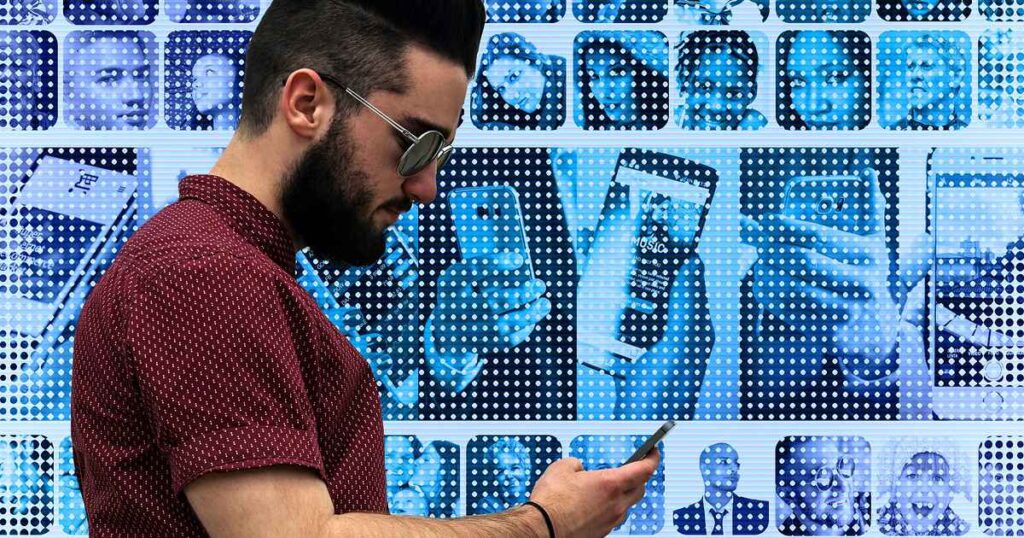 It's A Good Phone But It Has Some Significant Flaws

If you’ve been looking for a budget friendly, decent phone, you may have looked at the Xiaomi Redmi Note 10 Pro. I know I did, because I bought one – largely on the strength of the excellent reviews it’s received in posts and videos on YouTube.

Every – single – review – said how great the Xiaomi Redmi Note 10 Pro is. The cameras are great. The MIUI camera software itself is great. The display is fantastic, battery life outstanding. Stereo speakers at either end of the phone make for great stereo experience when playing games or watching videos.

All of the above is very true. It is an excellent phone in all these areas.

As A Phone, For Talking, The Xiaomi Redmi Note 10 Pro is AWFUL

It’s almost as if none of the reviewers actually used the phone as an actual phone. None of them, not one, mentioned the horrible, horrible call quality. And all of them glossed over the appalling ‘proximity sensor’ that the Redmi Note 10 Pro uses.

There are two ways to successfully use the Xiaomi Redmi Note 10 Pro as an actual phone with reasonably call quality.

Using this phone to talk to friends with the phone at your ear will lead to wild anger and frustration. Using it hands free as a speakerphone, well, that will end in tears too. Here’s why;

The Proximity Sensor Is Broken

The design of the proximity sensor appears to be flawed. I very much doubt this is fixable with a software/firmware update as the sensor itself does not work in the same way as most other phones.

What Does The Proximity Sensor Do?

The Proximity Sensor in a mobile phone is a device which is used by the phone’s software to determine how far away from your head the phone is. It does this so that if the phone is next to your head (or your pocket – or the phone’s cover) and you’re on a telephone call, then the screen will be blanked and will not respond to inputs.

This is done so that your ear, or parts of your face, do not press the on-screen buttons and cut you off, put the caller on hold or open other applications while you’re talking.

How Does A Normal Cell-Phone Proximity Sensor Work?

I’m no expert on these, and can only go by what I have read online. But in most cell-phones, the proximity sensor is an infrared sender and receiver – made in hardware, which sends a pulse of infrared light out and awaits the reflected beam to be detected back. The time between the pulse leaving the infrared emitter and returning back to the infrared sensor is used to determine how close the device is to something that it might touch.

How Does Xiaomi’s Proximity Sensor Work?

Leaving aside the obvious answer of “It doesn’t” (actually it does, just not very well), my understanding is that Xiaomi have gone for a cheaper device which uses ultrasonics instead of emitting an infrared signal.

A very high pitched sound, inaudible to humans, is emitted from the proximity device, and is picked up by the microphone. The firmware then uses the time between the sound being emitted and the microphone hearing it to work out how far the device is from something.

This sounds like it should work well. But there appears to be a number of problems with this approach. Whether they are hardware related or firmware/software remains to be seen. If they’re firmware or software, we may get lucky and be able to get a working proximity sensor in the future.

What Is Xiaomi Doing About It?

It turns out that the problem has existed on other Xiaomi phones since around 2016. Until recently Xiaomi’s answer was to strenuously ignore the problem. Recently (August 2021?) Xiaomi have finally acknowledged there is a significant issue and have changed suppliers of the proximity device for new phones. This doesn’t help us who’ve bought one already though – unless the existing devices can be patched to work better.

One of the issues seems to be that the proximity device software appears to only activate properly when the device is in the upright position. This is a ludicrous way for a proximity device to work because it assumes no-one ever tries to hold their phone with their shoulder whilst talking. Of course, it’s not great posture – but everyone does it. And then the screen comes on and, well you know the rest.

Also, pocket sensing is therefore broken. The phone could be at almost any angle in your pocket. Unless it’s pretty much vertical the proximity sensor won’t even activate.

It Gets Worse Though…

The proximity sensor issue is even worse, because of what appears to be another bug in MIUI (at least on ours at 12.5.4) which is that being on a call with a headset plugged in and the screen locked doesn’t help. The second you move the phone, the screen unlocks and buttons begin to be pressed. So you absolutely cannot put the phone in your pocket even when you’re wearing a headset.

MIUI used to have the option to not check the proximity sensor when in a call, which meant you could manually lock the phone with the power button and it wouldn’t switch the screen back on unless you physically pressed the power button again. This option has now gone and this makes using the phone as a phone with a headset unusable.

The Open Source Pixel Experience ROM does not exhibit this problem. Locking the phone with the power button while using a headset keeps the phone locked until you either double tap the screen to wake it, or press the power button again. This means you can use the phone in your pocket without fear of pressing screen icons. But installing Pixel Experience ROM is not for the faint of heart.

Hands free mode, where the caller’s voice comes out of the loudspeaker instead of the quieter speaker up against your ear, is also broken. This would be OK if the proximity sensor worked well enough to use the phone against your ear. But we covered that already.

Or the lack of working proximity sensor would be bearable if hands free mode worked in any way reasonably well.

This one though IS fixable in software. The Xiaomi MIUI operating system installed on the Xiaomi Redmi Note 10 Pro attempts to reduce background noise for the person on the other end of the call when it’s being used in hands free mode. The idea is solid. The implementation though is flawed.

The MIUI software is being too harsh with it’s background noise cancellation and is too slow to respond to the voice of the person speaking, resulting in the first hundredth of a second of speech being cut off. This doesn’t sound like much, but it’s enough to make a conversation very difficult to understand.

Added to that, that the noise cancelling software hears the voice of the other caller on the other end and interprets it as background noise – resulting in your voice being cancelled until they stop speaking. This results in a ‘half duplex’ conversation whereby only one person can speak at a time. If the person on the other end of the call starts to speak over you, you will be cut off – but you won’t know that’s what happened. This can result in many ‘clashes’ if you both start a sentence at the same time – but the other person won’t realise you’ve started and will talk over you.

This one though is fixable in software. I know because the Open Source ROM ‘Pixel Experience’ does not have the same problem even on the Redmi Note 10 Pro.

Pixel Experience ROM To The Rescue

As mentioned above, the Pixel Experience ROM fixes a couple of these issues. It appears to make the proximity sensor somewhat less problematic too, but I think that’s just an illusion to be honest. I can’t see how it can be fixed in software.

The Pixel Experience ROM has turned my Redmi Note 10 Pro from useless as a phone to acceptable. It’s allowing me to at least enjoy the other features of the otherwise excellent phone as well as use it as a phone.

But installing your own ROM on a mobile phone is not an easy task and is not going to suit everyone. Or almost anyone to be fair. You need to be pretty technical to do it, and you need to accept the risks that unlocking the bootloader on the phone might bring.

But, be warned, you need to know what you’re doing – and I will NOT BE RESPONSIBLE if you brick your device or get malware infestations after doing it. I can’t offer you support in the comments on here either – it’s a technical process and beyond the level of this blog to do anything but point you at it.

Is The Xiaomi Redmi Note 10 Pro A Good Phone?

Actually, yes, it is. I’ve said in various forums online when people are looking into it, this is, for the money, a bloody outstanding mobile device. But it’s rubbish as an actual phone on the stock MIUI, but it is a good spec device for the money. The advantages of the Xiaomi Redmi Note 10 Pro phone are;

But until Xiaomi fix the issues at least with handsfree mode, I couldn’t recommend it unless you’re either not going to use it as a talking communication device (i.e. an actual phone), or you can flash an open source ROM yourself.

The handsfree problem exists in the Phone app, Signal, WhatsApp and Facebook Messenger – so it’s not something you can easily work around. (Signal was probably the most usable of the lot).

If you’re going to review a cellphone, please, along with all the lovely bells and whistles that phones these days come with, please test the most basic of functions such as using a phone as, you know, a phone!

By the way, for anyone wondering if mine is just faulty – firstly the handsfree issue is fixed by Pixel Experience, and secondly when you search for ‘redmi note 10 pro proximity sensor’ you will find lots of people complaining. But most people don’t search for that sort of thing when they’re looking for a new phone as they expect reviewers to make reference to such a glaring issue. I also have two of these devices and they both behave the same. So it’s not a one off fault, it’s a design flaw.

Featured Image by Gerd Altmann from Pixabay – which is a generic image and not a Xiaomi phone, or intended to portray such.