Arch Linux is notoriously difficult for novices to install – but it offers so much once it is installed. Here’s one of the easier ways to install it though from EndeavourOS 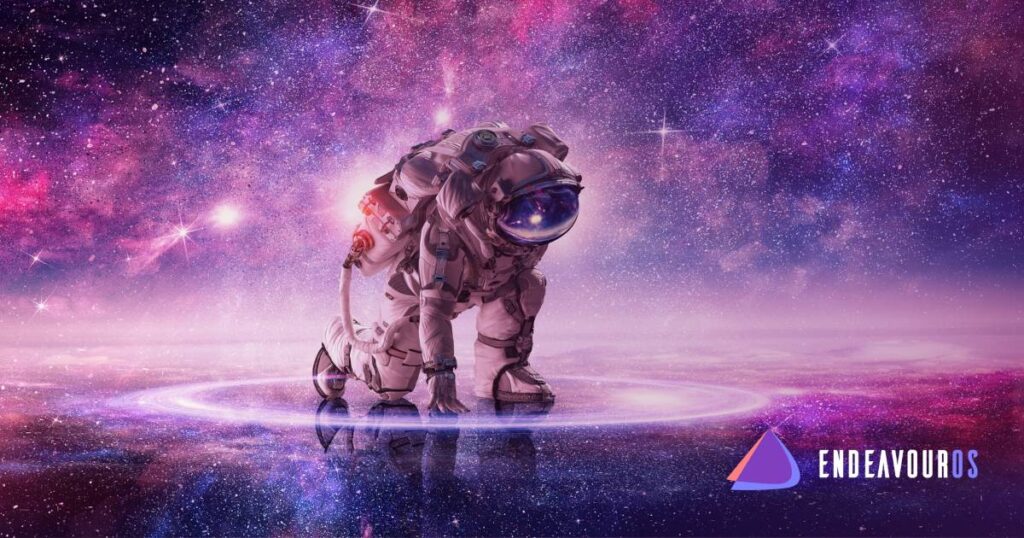 Arch Linux is notoriously difficult to install for novice users. Actually, that’s not strictly true. It’s not difficult to install, there’s just LOTS of steps involved as it doesn’t hold your hand like Ubuntu or even Fedora does. And that can be a Good ThingTM because if you’re deep into the nuts and bolts of your OS you know exactly what it’s doing and how to fix it when it blows up

The Arch Wiki is a fabulous resource that’s recommended for anyone wanting to find out more about how their Linux installation works even if they’re not running Arch. And that same Arch Wiki of course is an excellent resource to follow to install your Linux system too.

But what if you want to run Arch, because there’s many reasons to – such as the fact that it’s a rolling release and has extremely up to date packages (which can lead to problems in itself), or you like the idea of the Arch User Repository to find software that might be hard to find on other distributions.

What if you’re fairly familiar with Linux itself and fairly comfortable with fixing it up after something goes wrong – but you cannot be bothered to spend the time going through a fairly lengthy command line install – and taking the risk that a small error in one of your commands will blow the whole thing away.

That’s where EndeavourOS comes in. I’ve only just started using EndeavourOS myself but it’s been around a while. I’m using it on my HP Envy x360 AMD Ryzen 4700U laptop and it runs extremely well, though there’s a few things that aren’t quite right which I go into a bit later in the post.

The thing with EndeavourOS is that it’s almost vanilla Arch Linux. Once it’s installed it behaves as a vanilla Arch Linux installation does. You use all the same commands to do things. It’s not like Artix for instance, which is Arch but without SystemD.

But the beauty of EndeavourOS is that the installation process is pretty much the same as other distributions of Linux. It takes care of setting up your partitions, and installing the necessary basic packages depending on which flavour of the OS you choose.

It sets up your user account for you, with password and root access. It also, importantly perhaps, easily sets up the Desktop Environment for you – and has various flavours to choose from. I’m using the Cinnamon flavour because I loved Cinnamon on Linux Mint.

I’m absolutely loving running Cinnamon on Arch Linux. It does everything I want it to do. Some things that don’t work properly on my HP Envy though are;

All of those issues though are down to drivers not being available for Linux and the distribution, or the destop environment will make no difference. Although having said that, there’s probably more chance of it working sometime under Arch because Arch (and therefore EndeavourOS) uses the latest kernel – unless you prefer stability in which case you can install the LTS (Long Term Support) version of the kernel.

But Cinnamon runs nicely on my multi-monitor setup, although I found I had to not use the fractional scaling settings (although Cinnamon does do it) because things get blurry when fractionally scaled. So far only Ubuntu really seems to get this right, and make it easy to do.

But unlike KDE, Cinnamon does allow different scales on each screen, even under XOrg. Perhaps if Cinnamon gets Wayland support one day the blurriness will improve. But to be honest, even in 2022 there’s still too much ‘weirdness’ with Wayland to make it worthwhile switching in most cases. XOrg works and still has better software support. That’ll change eventually and Wayland is the way forward, but for now, unless you want a headache stick to XOrg.

Other Desktop Environments on EndeavourOS

There’s loads to choose from, seven in fact, including Cinnamon. Check this link for more information about all that.

I’m going to be writing a lot more about EndeavourOS on this site in the future as it’s now my daily driver. I’ve been running this for about a month now, with a Windows VM using QEMU/KVM for those 3 packages (Affinity!) that I still need and aren’t on Linux.

But aside from Affinity, I can now do everything I need to do on EndeavourOS. It’s been solid so far, no lockups, no weirdisms and it’s SO much faster than Windows 10 or 11 for development.

Of course, if you’re a gamer you’re still not likely to be wanting to run EndeavourOS – but even that’s getting more and more likely as months turn into years. One day we’ll be able to play games on Linux too… That’s tongue in cheek a little, some games work nicely on Linux – including Minecraft which is the only game I play on my laptop anyway!